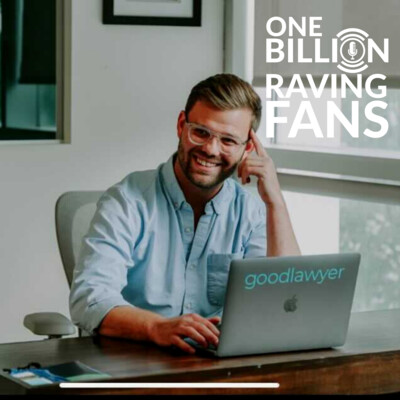 How Goodlawyer Builds a Workplace Culture No One Wants to Leave

Today’s post is based on a great discussion with Brett Colvin, CEO and co-founder of Goodlawyer, on the One Billion Raving Fans podcast. During our conversation, Brett shares how Goodlawyer came to be, what great customer experience means to him, and how they create a workplace culture that no one wants to leave.

(Be sure to subscribe to the One Billion Raving Fans podcast and click play below to listen to the full episode!)

We wanted to start with the basics, so we asked Brett about Goodlawyer’s origin story.

He explained how the seed for the idea was planted way back in law school when he did a paper on access to justice. During his research, he learned that 77% of legal needs in North America go entirely unmet.

So, entrepreneurs or anyone going about their lives or conducting their businesses who might have legal questions come up don’t have access to them. Then, they’re left unable to grow their business the way they want to or even face more severe consequences due to making their best guess instead.

Brett explains that at the same time, he noticed there tends to be a strong competitive nature in the legal field. Law students often feel like there are too many lawyers and not enough jobs.
So, how can both of these things be true? How can it be so tough to get legal help if so many lawyers can provide it?

So, Brett says, way back in law school, he knew something was missing.

After completing law school, Brett spent four-plus years in private practice at one of the big national firms. There, he got to see how the sausage was made, so to speak. He also noticed the reliance on a billable hour that most folks simply don’t want to buy. After all, as Brett notes, that’s not how we like to purchase services. We like to know how much something will cost before we agree to buy it, but the billable hour has been the dominant model in the legal realm.

So, Goodlawyer set out to be that bridge—to connect those entrepreneurs, startup founders, small business owners with our decentralized network of lawyers across Canada who have excellent competency and the legal expertise these founders are looking for.

At the same time, they made sure their cost structure allowed them to offer their services at way better rates. That, coupled with requiring their lawyers always to be upfront from the get-go, is really how they stand out in the legal world.

We liked the sound of this, and next, we wanted to dig deeper into the focus on legal services for startups. Why that area instead of family law, for example?

When Goodlawyer first launched, Brett, explains, they offered family law, real estate law, and other legal services. Essentially, they were trying to be a one-stop-shop for all your legal needs.
But it didn’t take long for them to realize they bit off more than they could chew. At the same time, they realized it was entrepreneurs and startup founders who were getting the most value out of their platform.

Next, it was time to talk about Goodlawyer’s approach to marketing, content, and how they establish trust with their customers.

Brett says that for them, it’s like a funnel. “For us, the highest level in the funnel is education. And also for us, that means free education, both for lawyers, but most importantly, for entrepreneurs startup founders, and trying to get in front of them, trying to add value to them in this legal world where it can often feel like there’s a giant void. So, we are trying to fill that void with free educational content that’s engaging.”

Essentially, as Brett says, educating folks about how the law can be used as a tool rather than an obstacle is a great place to start. So for them, free education is essential.

He says they second that with simply being authentic and trying to be honest with the wins and the losses along Goodlawyer’s journey because it’s relatable. Because a considerable focus of their energy is on helping startup founders just like them grow and succeed with their own businesses, telling the authentic story of Goodlawyer, where they’re at, and where they want to go. Some of the bumps along the way have been another major driver of brand exposure.

“The word of mouth that we’re starting to see coming in more and more—a lot of that comes back to telling that authentic story and just putting it out there.”

Which brands stand out when you think of great customer experience?

As we continued our discussion, we then wanted to know which brands stand out to Brett for great customer experience.

“We put a tremendous amount of emphasis on the customer experience for anyone that uses our platform or interacts with the company more generally on any scope. And for us, one brand that I’ve watched for a very long time and has really driven a lot of the product insights for my co-founders, Parker and Tom, is Airbnb. I think the customer experience can be viewed from a number of angles, and product is one key piece of that for Airbnb and certainly for Goodlawyer.

So, that means trying to deliver a fantastic customer experience with the product itself. And I don’t know what Airbnbs’ early days looked like, but I suspect there was a lot of customer experience staff on the phone, ironing out issues as they arose and putting out fires. But for us, especially in a complex and often scary area being the law, the ability for our customers to get someone on the phone, navigate the platform, or navigate to just the perfect lawyer is really critical.

The human touch is especially critical, particularly for those early-stage founders who maybe haven’t had to deal with lawyers before have been, you know, turned off by them in the past and trying to put that human touch on the whole experience has been critical every step of the way for us.”

(Do you want to be part of our workplace culture? Click here to see career opportunities at WaitWell!)

Automation and the customer experience

Brett explains that ultimately, it’s a balancing act. There are tools that help you scale your message very quickly, which can be great. But at the same time, this means you have to be increasingly careful about what that message is.

How Goodlawyer attracts and retains its people with its workplace culture

Next, it was time to explore the topic of workplace culture. Particularly, we wanted to hear what Goodlawyer does to attract and retain its team members, considering how tough it can be to engage
people in your mission.

Brett explains that at Goodlawyer, they plant seeds early and often. Then, with the help of the co-founders and their early team members, everyone on the team is planting these seeds in their networks. From there, they’ve grown quite organically.

He also touches on the power of giving everybody that’s critical to the mission a piece of the pie.

Brett notes that, at the end of the day, people want to have fun, they want to feel purpose, and they want to be empowered. And those are aspects of working at Goodlawyer they feel very strongly about.

After all, as Brett explains, doing so aligns interests in a way that cash compensation simply never can.

And, as Brett explains:

“That’s kind of how I’ve tried to operate from day one: finding people that are smarter than me and empowering them to do awesome stuff. Giving folks a long leash with some direction to really see how good they can be has been a major driver of the overall satisfaction that, frankly, I think pretty much everybody on the team feels. I think that’s indicative of why we’ve had virtually zero turnover. Nobody quits. Everybody is on for the long ride.”

Having fun as a team

Finally, we wanted to hear exactly how the Goodlawyer team bonds and what they do to have fun as a team:

“We like to have strategic beers on Fridays. And we’re always hosting little events to really drive some of the socializing. But at the end of the day, we’re flexible. You can work from home, you can work in the office, and people are coming into the office all the time because they’re getting FOMO from not getting to hang out with a bunch of their friends on this really cool project.
At the end of the day, it’s just a bunch of friends—laughing and working hard. Because people work very hard over here, I can assure you. But we’re doing it together. And it’s this really fun, team-oriented environment.

I grew up playing a lot of competitive soccer, and that’s what it feels like to me—it feels like we’re on like a high-performance sports team. We have some laughs, we work hard in practice, and we go out and show up for the games. But at the end of the day, we’re one big happy family, and I think when people get into the Goodlawyer world, and they’re working on the HQ, they feel it so far. Nobody’s wanted to leave it.”

We had such a great time learning about the workplace culture at Goodlawyer and how their business operates.

Brett Colvin can be found on LinkedIn here. To learn more about Goodlawyer, visit their website here.

Did you enjoy this post? Here are three more posts to read next: 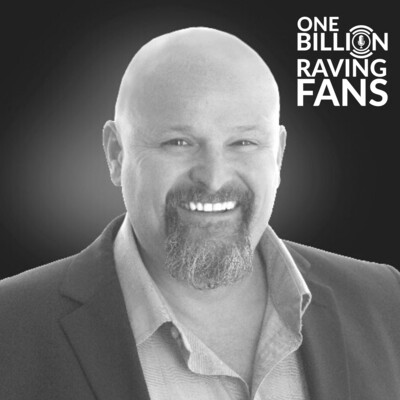 Be the leader of the pack Russ Dantu lives in Calgary, Alberta, Canada. He is an expert on the subjects of trade shows, customer service and presentation skills. He brings with… 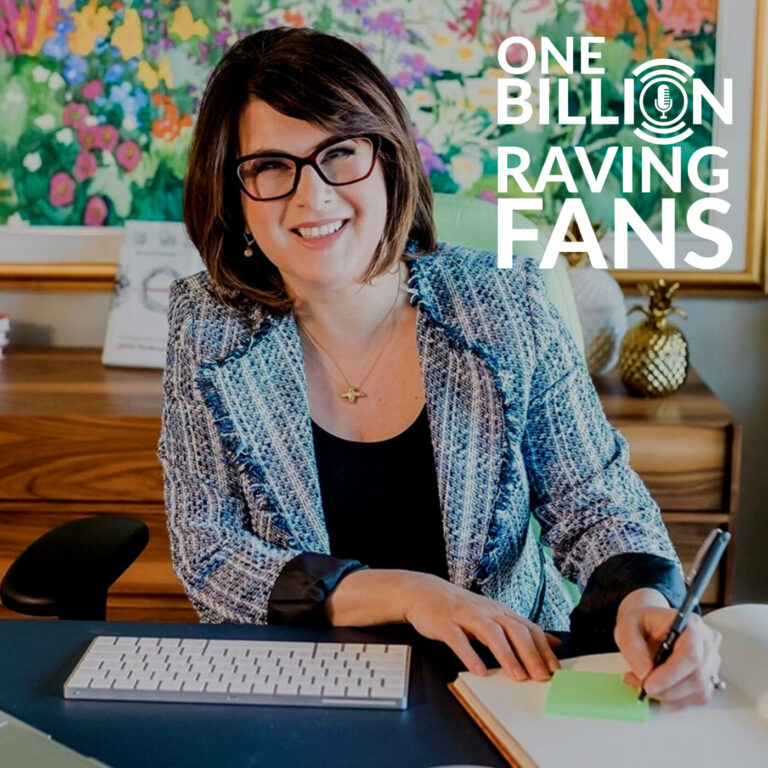 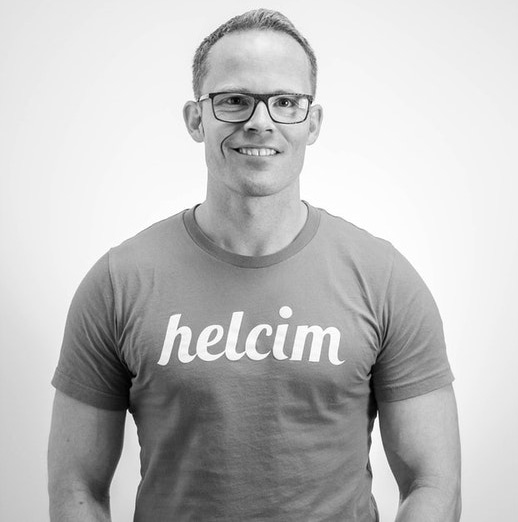 Talking Brand Building and Consistency with Rob Park Helcim’s lofty goal is to become the world’s most loved payments company. As COO, Rob Park leads the company in its pursuit… 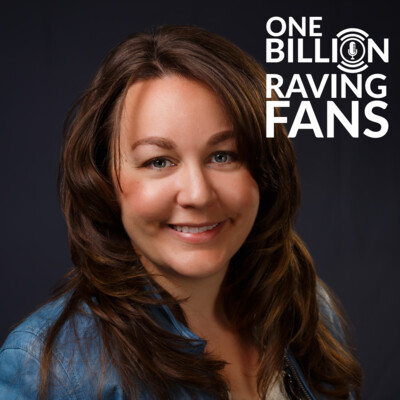 Lisa Genovese on Online Reputation Monitoring In the social media era, online reputation monitoring is more important than ever. Today, we’re going to tell you why, as well as expert… 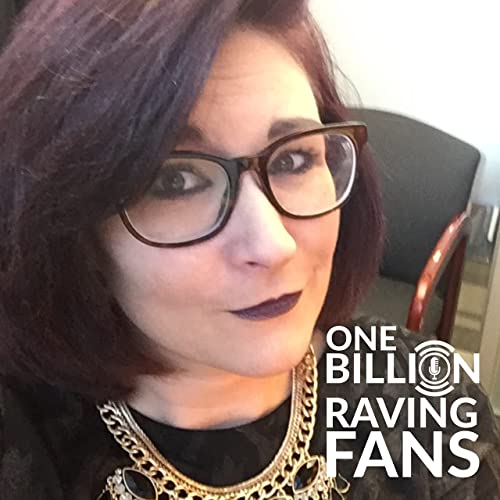 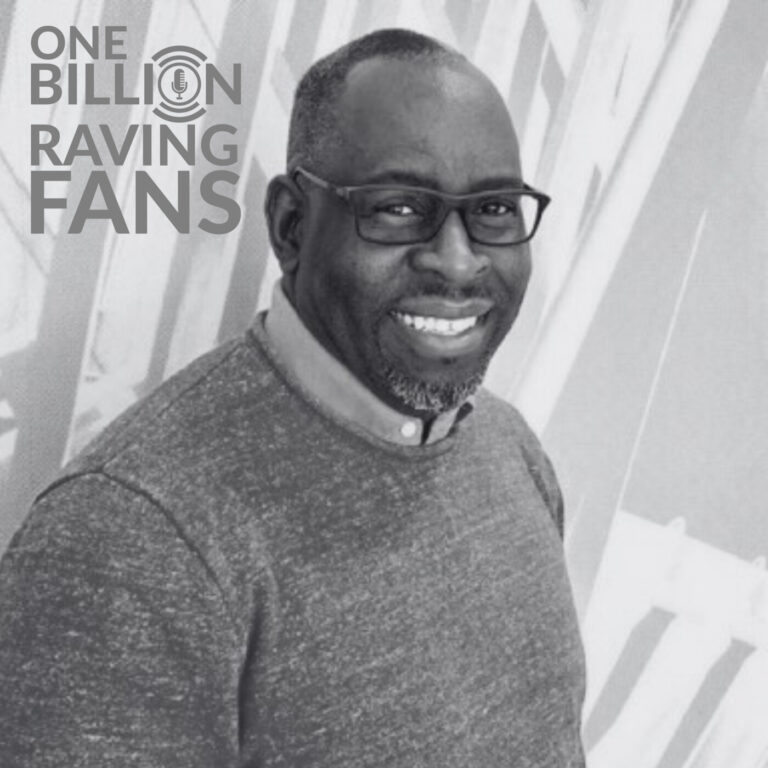